Northwest Athletics Design Style for the
2016-17 Academic Year
Northwest's Marketing Team incorporates specific design elements throughout all athletic publications to bring unity between all Bearcat Sports. Some of the more notable design elements depicted in many of the publications are diagonal boxes, images, and lines. Another design element incorporated within all athletic's publications are cutouts of athletes from their respective sport.
Northwest Missouri State University's Athletics is also widely known for their recent achievements: back to back DII National Football Champions ('15 - '16) and DII National Basketball Champions ('17). Northwest is the only institution to ever win a Basketball Championship and Football Championship in the same year throughout NCAA Division II history. In honor of this historic achievement, an official commemorative logo has been designed.The Northwest Missouri State University Department of Athletics and the Northwest Marketing Team collaborated on the design of a dual national championships logo. The design incorporates the Bearcat's football and men's basketball national championships captured during the 2016-17 academic year.
Northwest Marketing Team also designed individual posters to commemorate Northwest's championships. These championship posters incorporate many of the same design elements featured within all athletic's publications. Some of these design elements incorporated in the championship posters are athlete cutouts and the inlay/overlay of small photographs within a larger image. 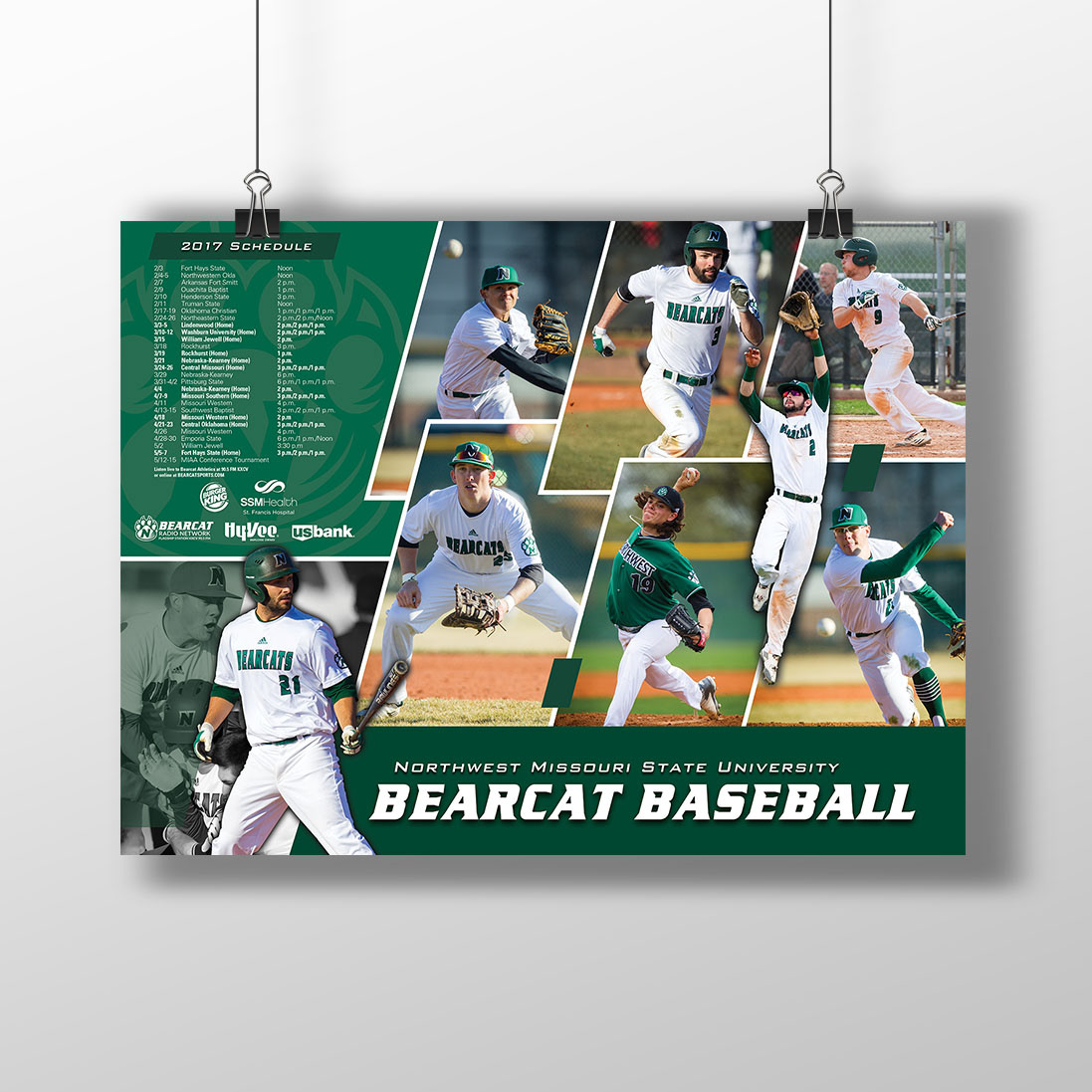 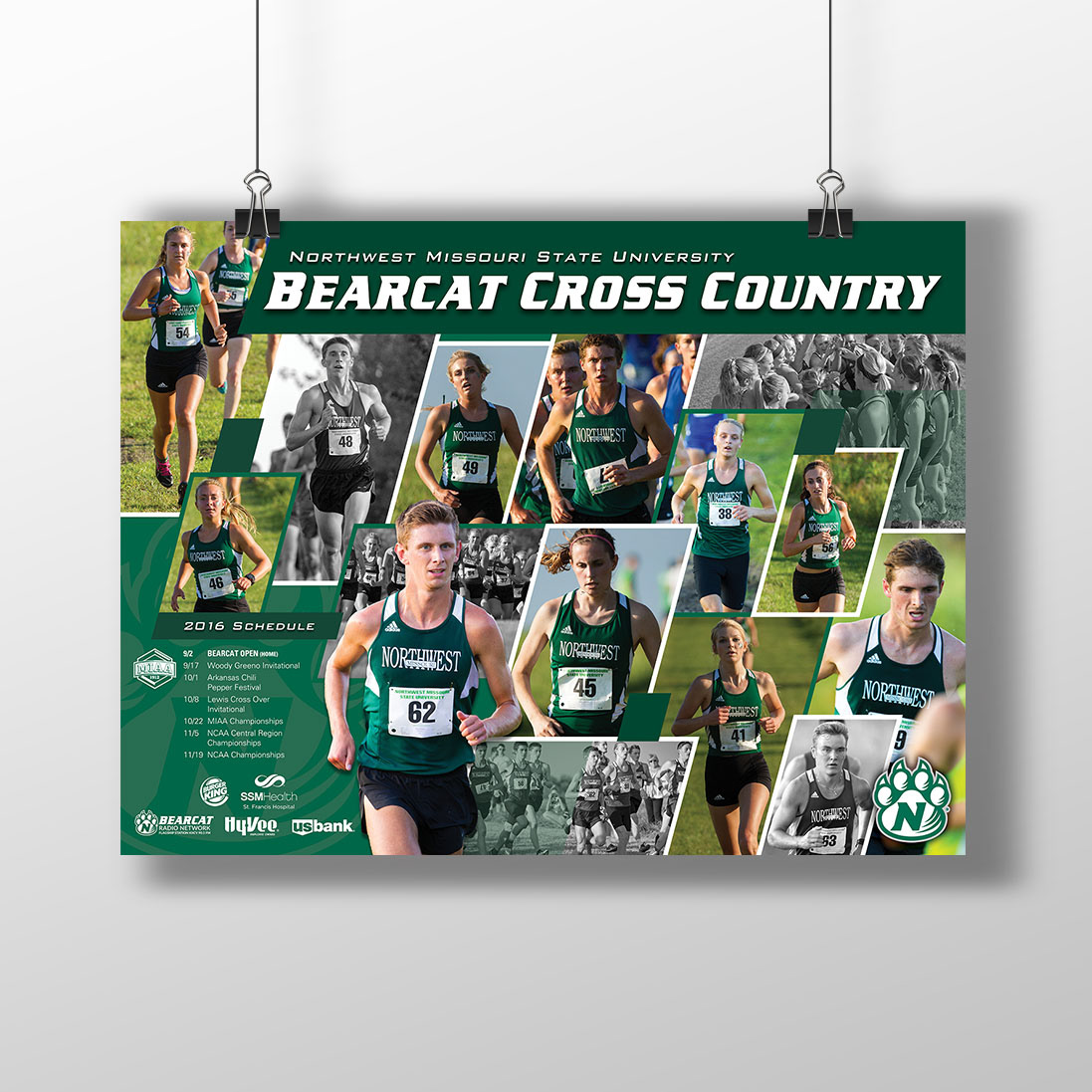 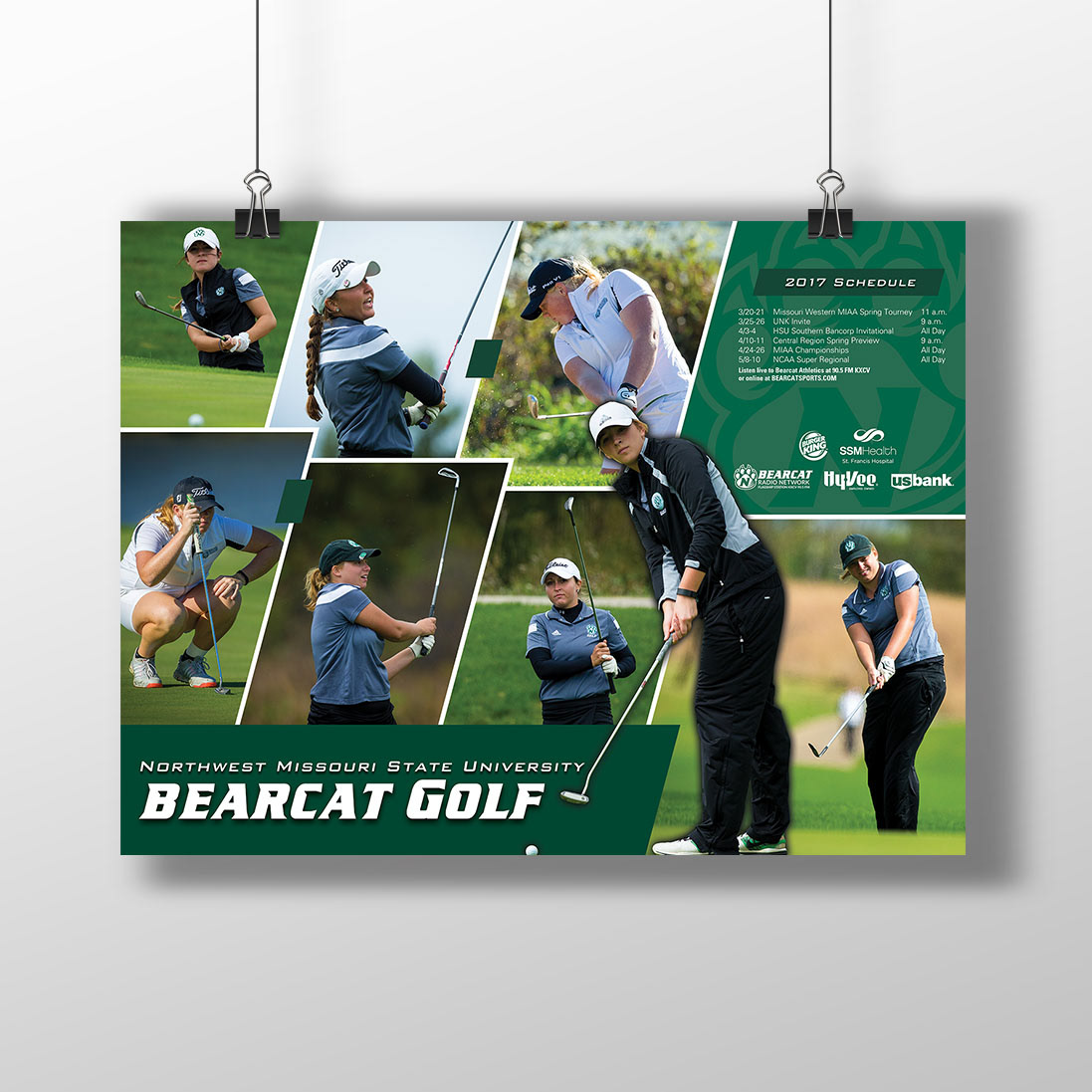 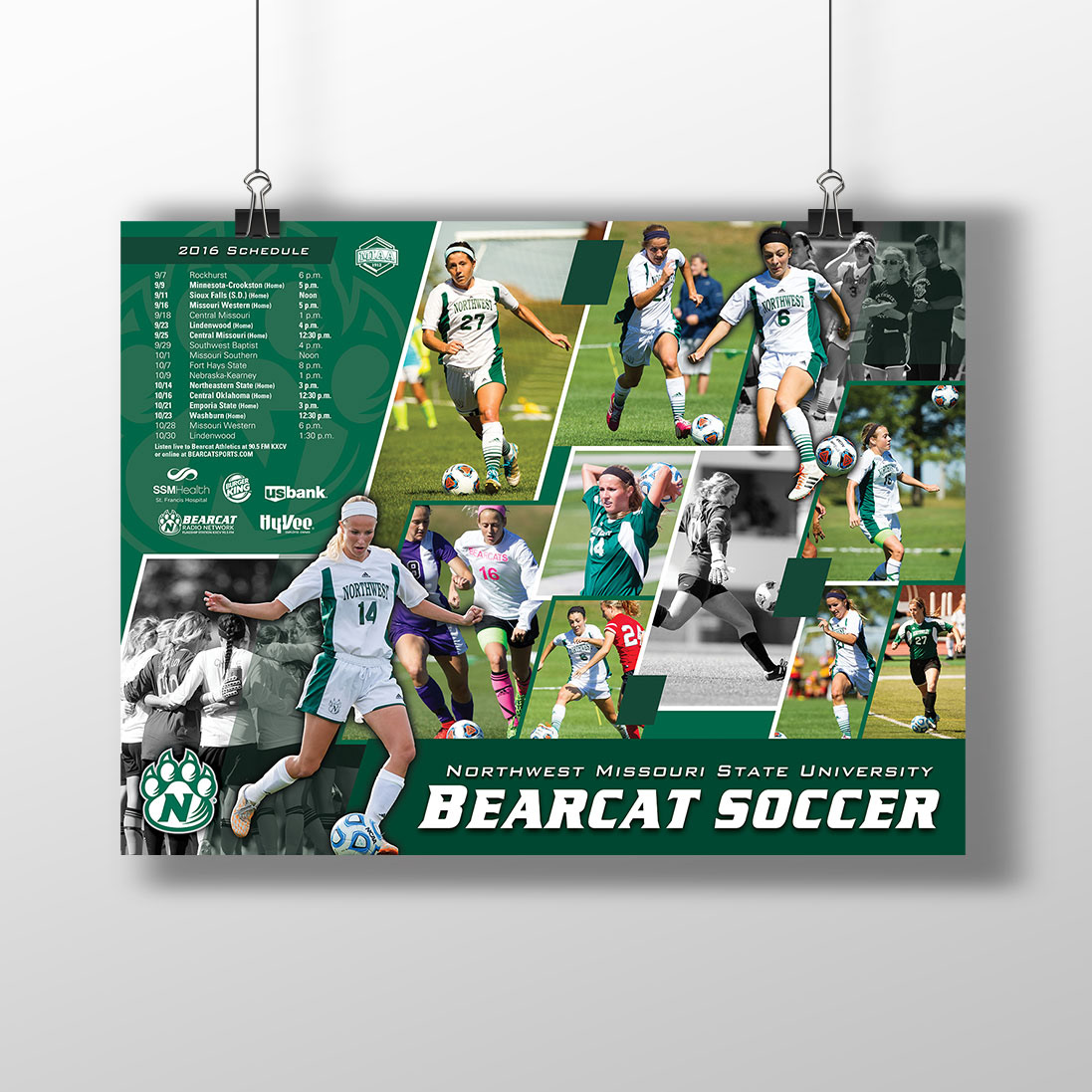 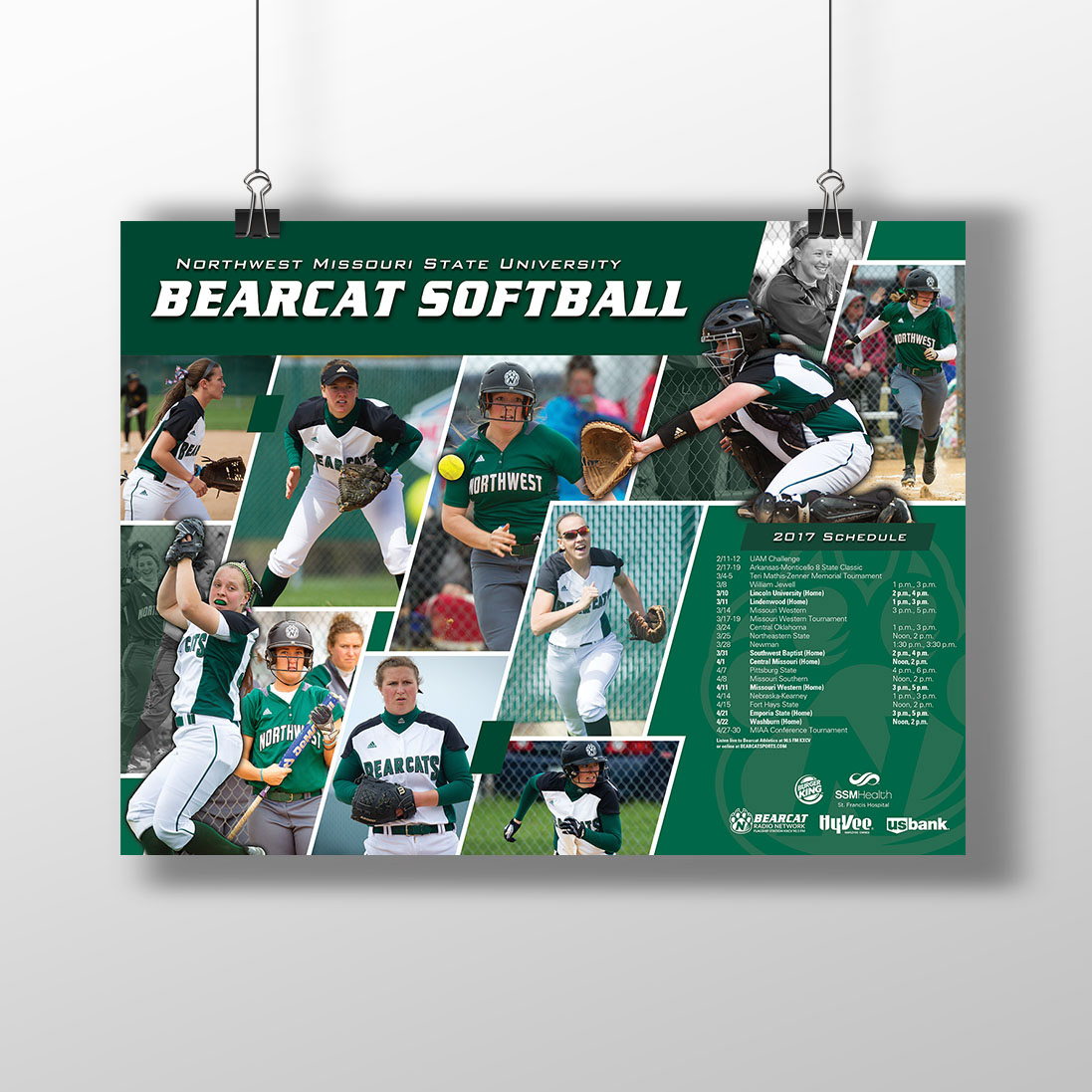 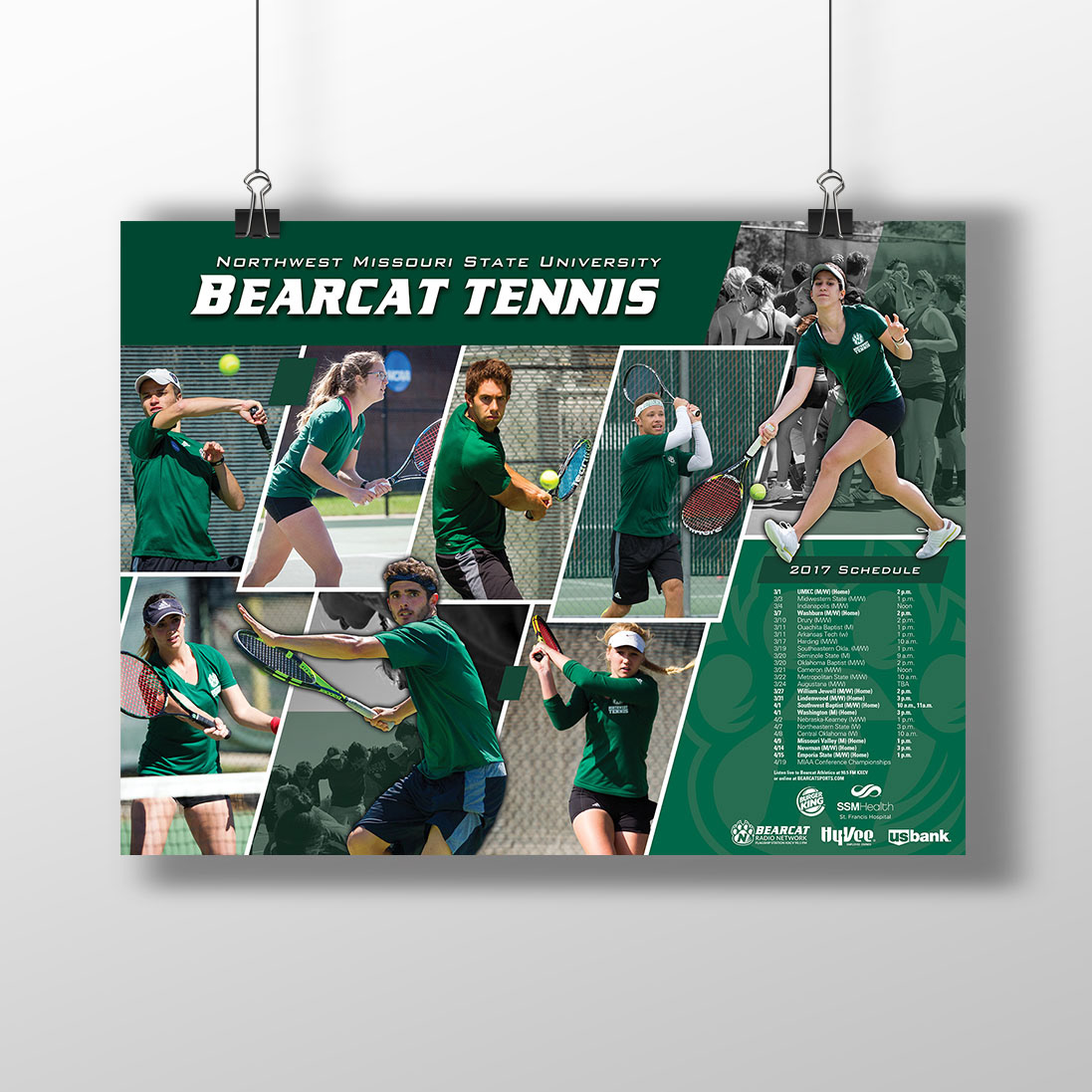 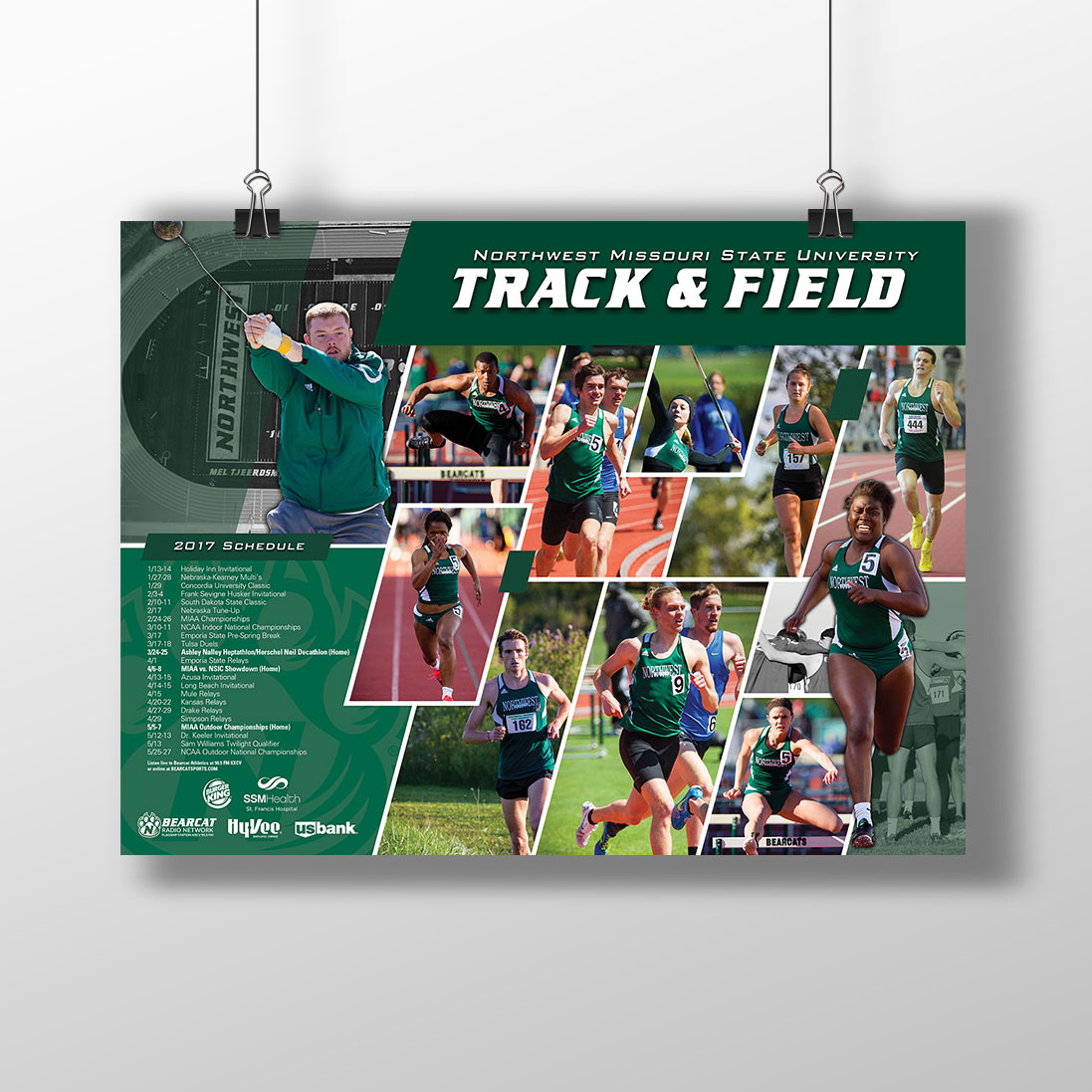 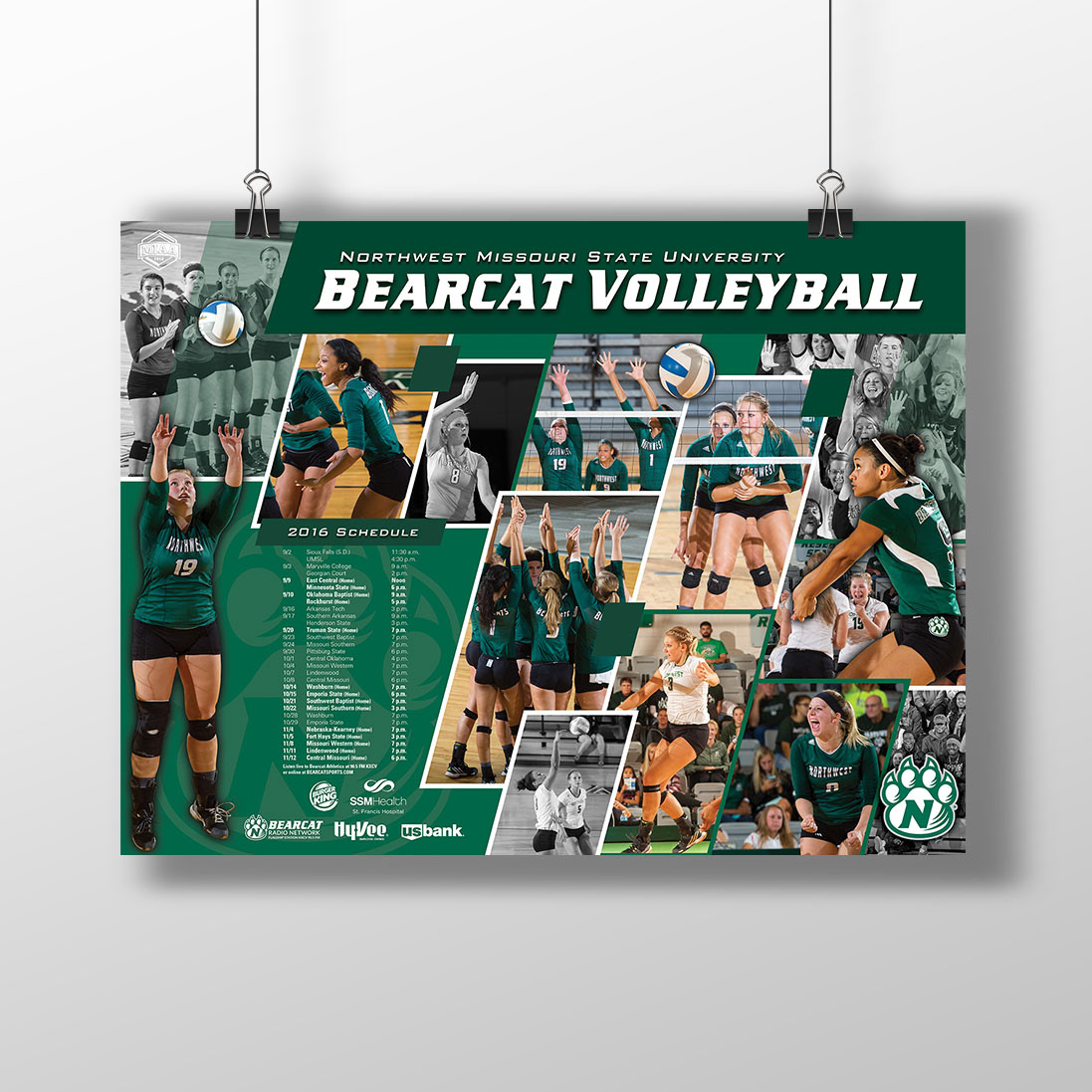 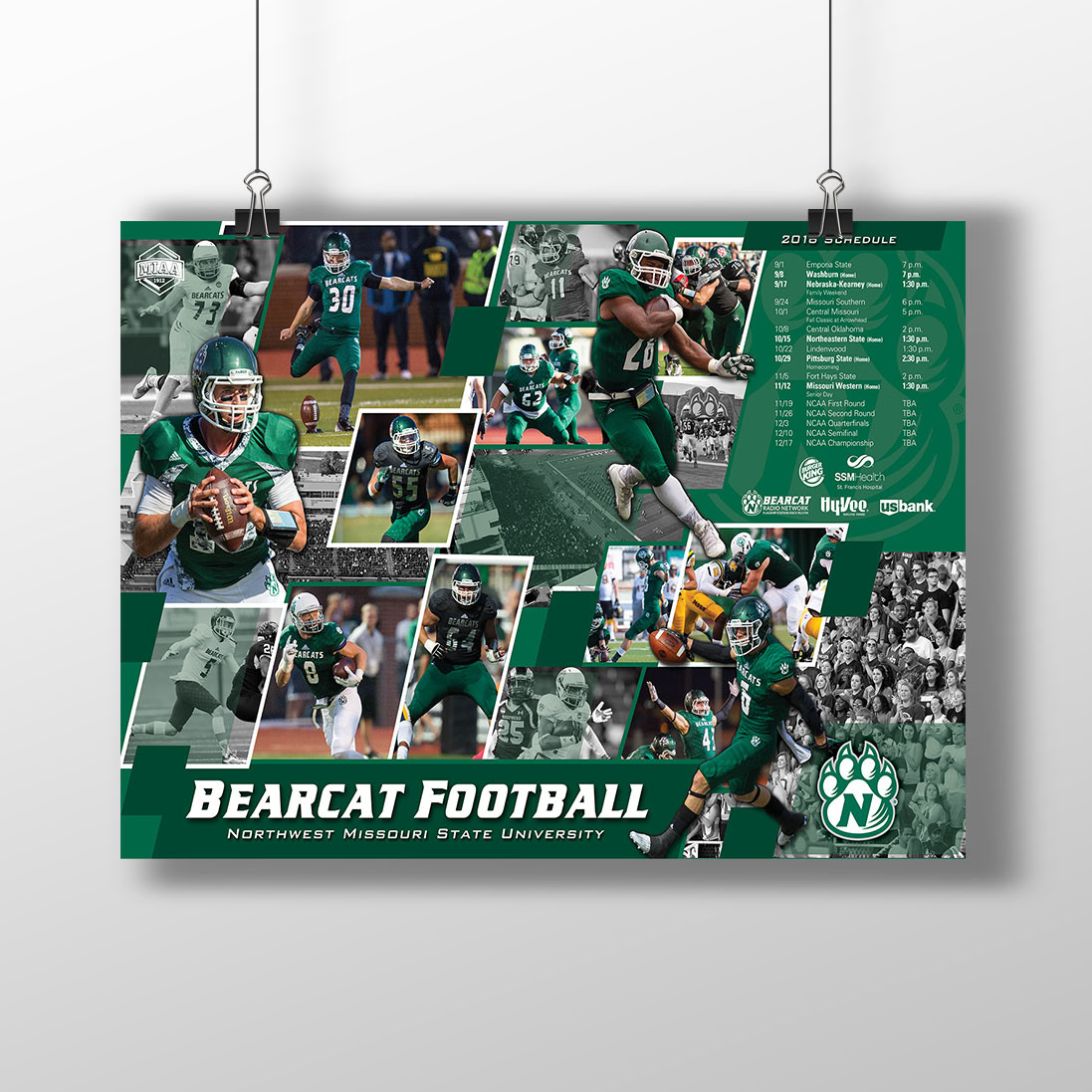 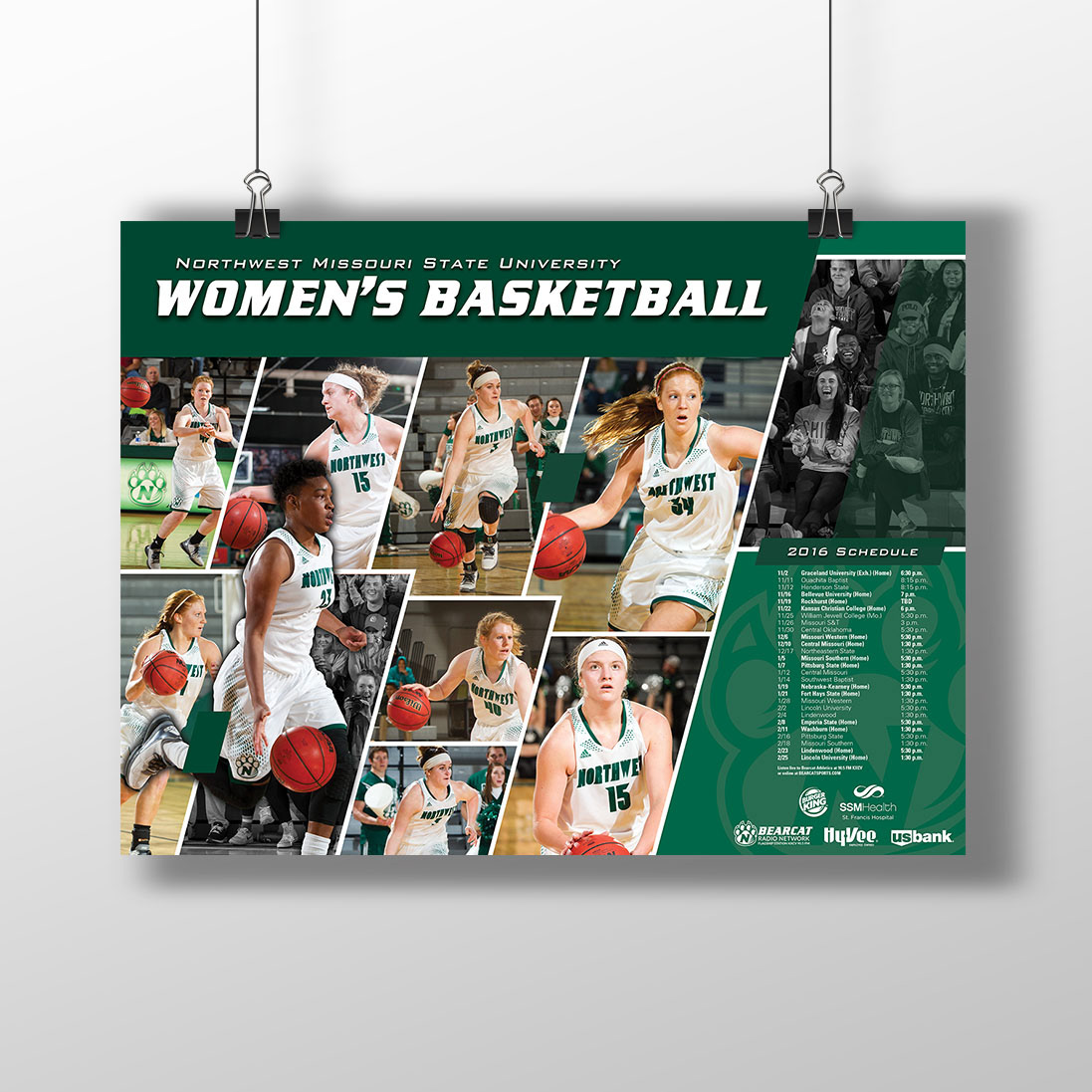 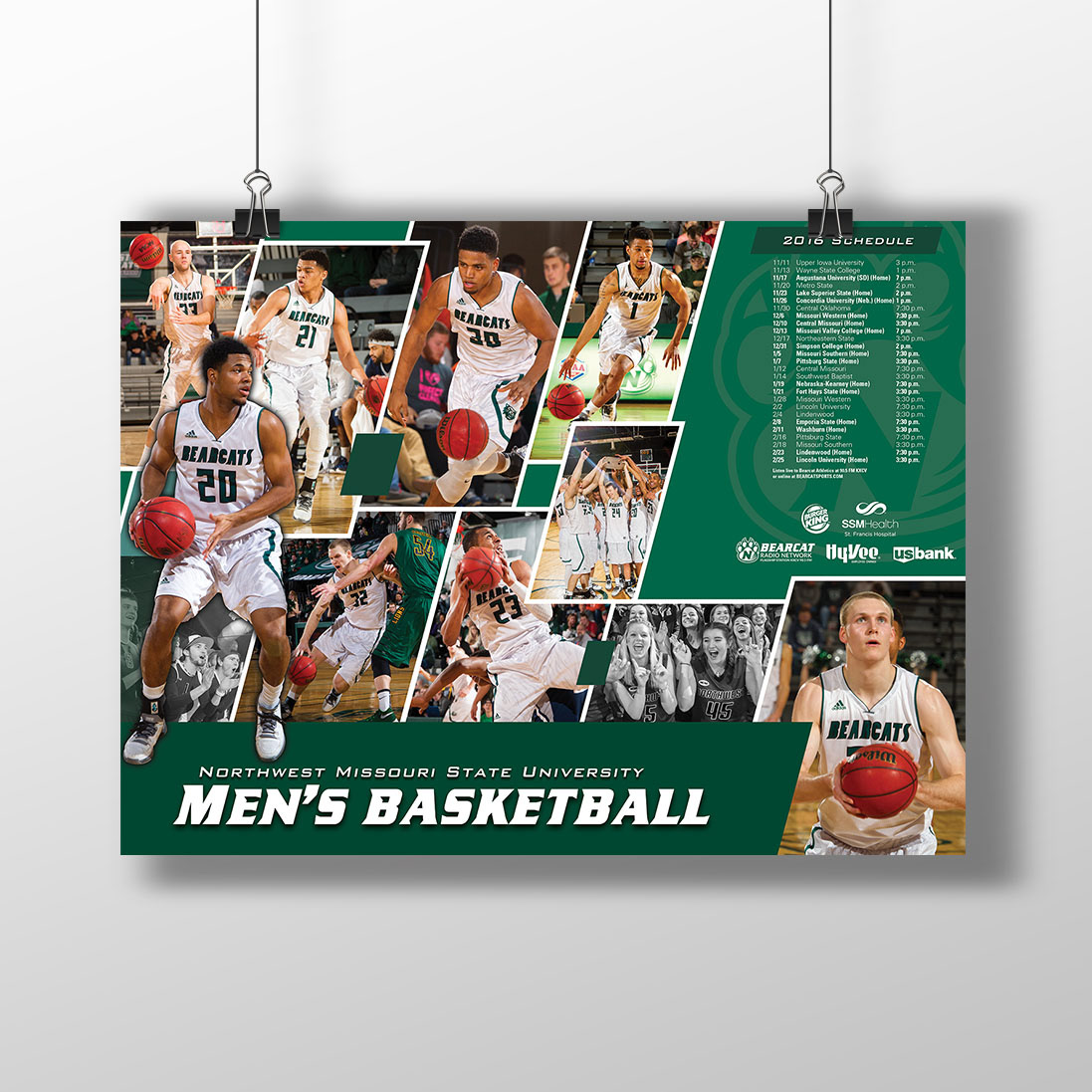 2016-'17 Accordion-Fold Season Schedule Card
The four images being referenced are located below. 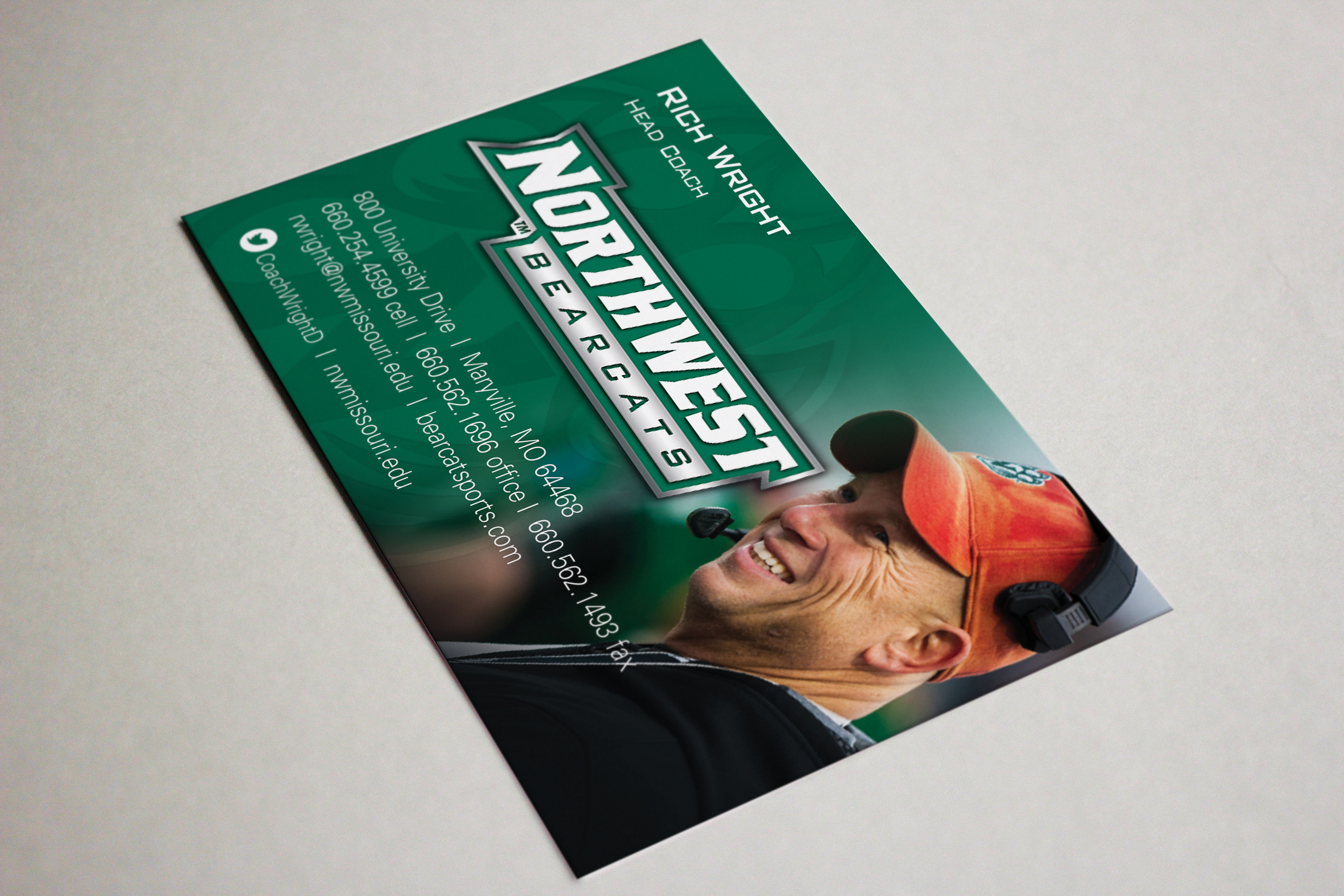 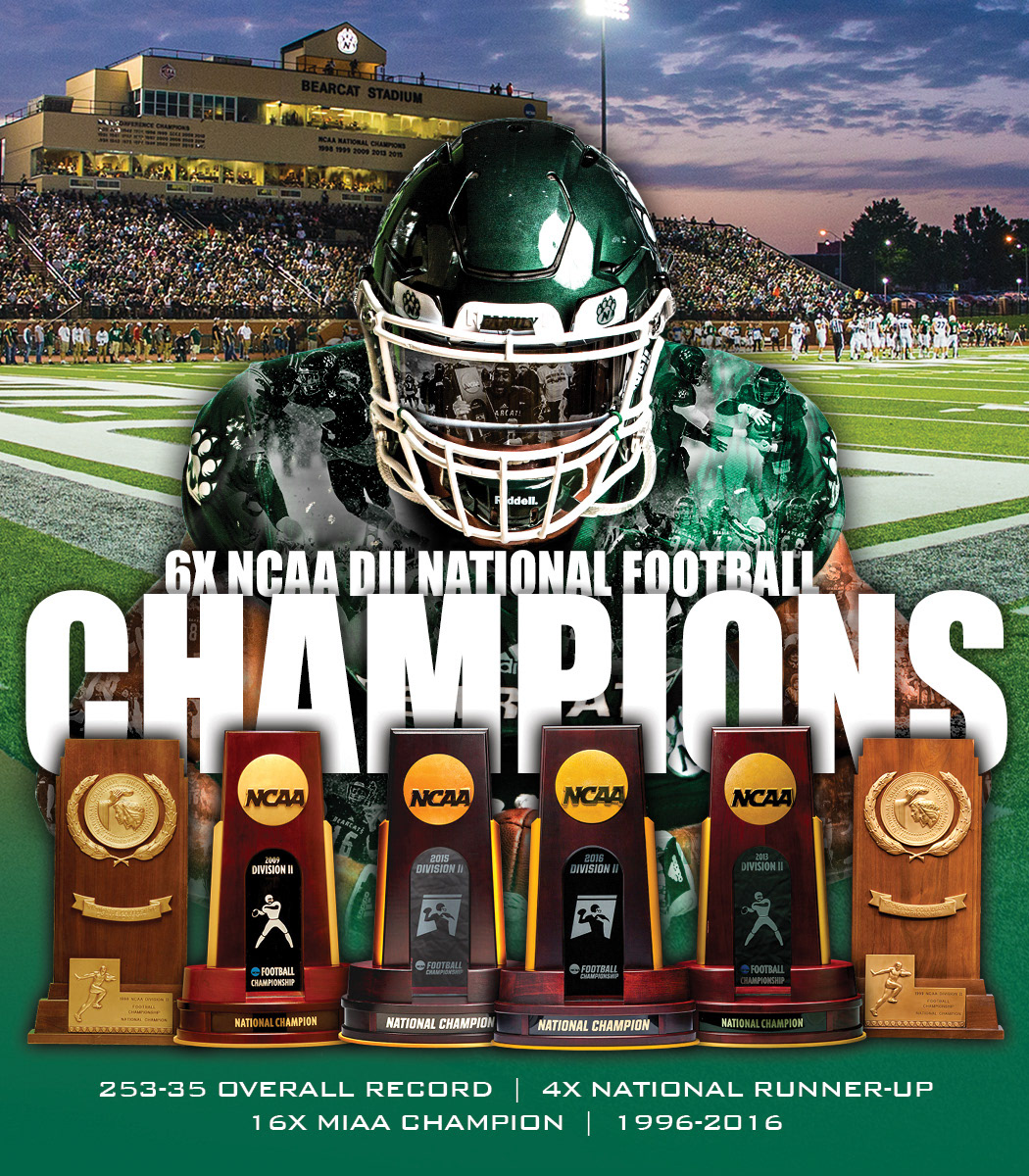 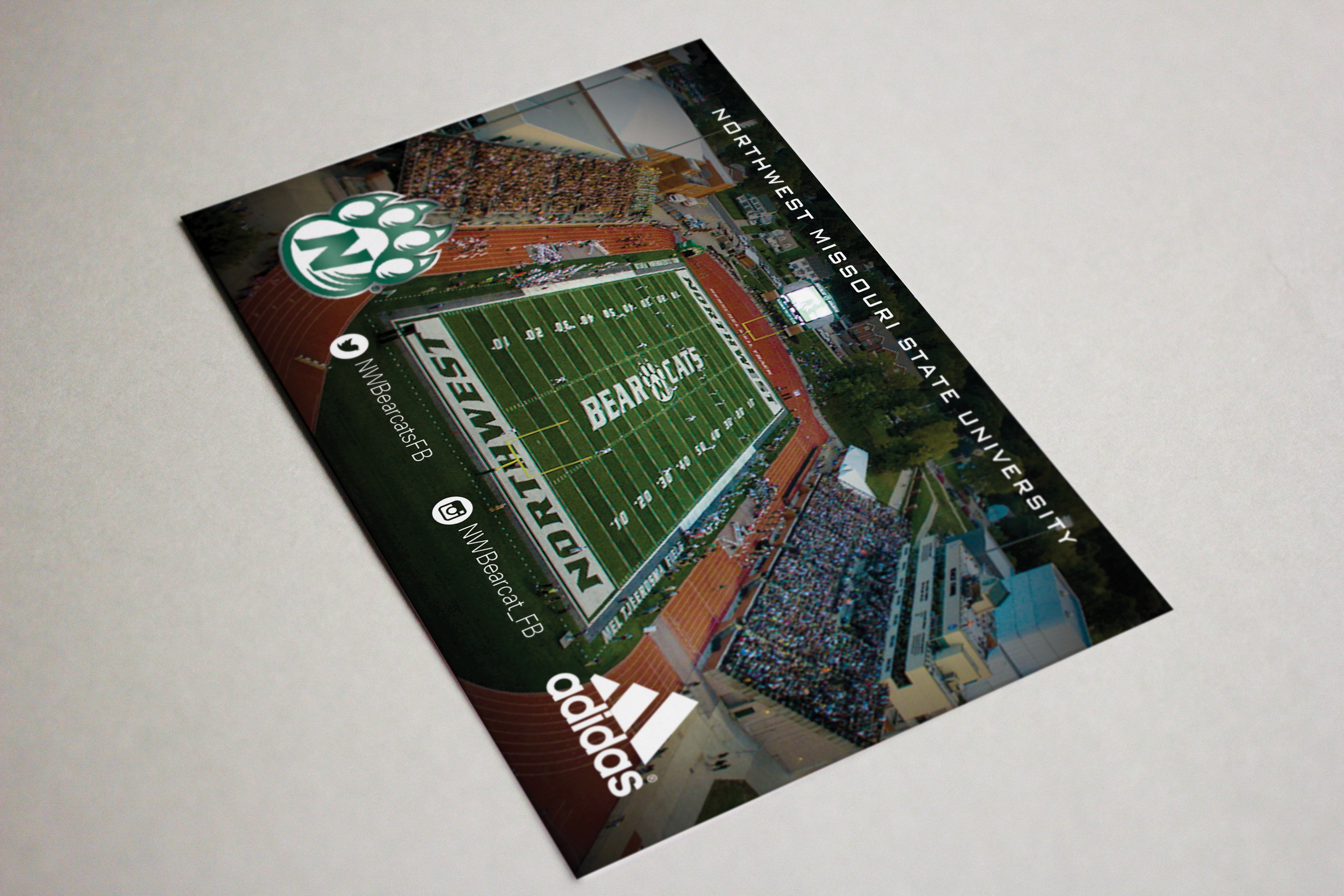